We begin our monthly selection with an essential essay by Martin Lings, “What is Symbolism?”, explaining and illustrating the spiritual and metaphysical relevance of symbols, for every individual path and for sacred traditions in general.

All created things are both disconnected projections of their creative Principle while being at the same time Its connected radiations. On this basis the symbol could be defined as that in which the relationship of connection predominates over that of disconnection… To see that symbolism is inseparable from religion we have only to remember that the word religion indicates the re-establishment of a ligament with the Supreme Archetype.

• Next, we present two translations of the “Discussion of the Diagrams” (Shuo kua), one of the “wings” or traditional appendices to the Chinese Classic of Changes, the Yijing (I Ching). This fundamental section details the mythical and metaphysical origins of the eight trigrams and the sixty-four hexagrams, blending abstract and concrete symbolism, marrying intellectually the observation of nature to the bare mathematical binary system of the hexagram lines.

In ancient times the holy sages made the Book of Changes thus:
They invented the yarrow-stalk oracle in order to lend aid in a mysterious way to the light of the gods. To heaven they assigned the number three and to earth the number two; from these they computed the other numbers. They contemplated the changes in the dark and the light and established the hexagrams in accordance with them. 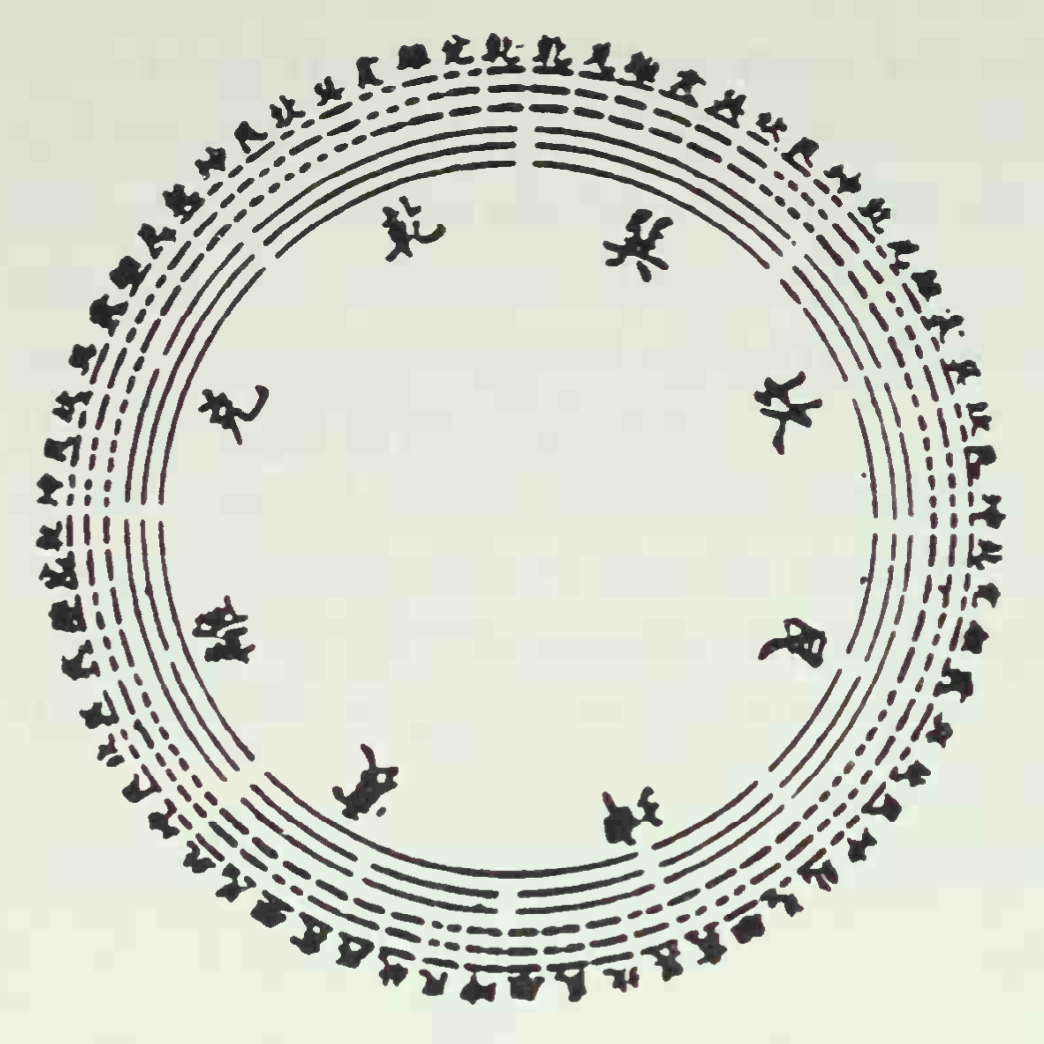 The Primal Round Diagram of the structure of the sixty-four hexagrams, derived from the primal order of the trigrams.

• To complete our selection, we have a brief text on “Heavenly Seclusion” (Tianyinzi), related to the Taoist meditation practice called zuowang, “sitting in oblivion”, one of the applications of the principles of the I Ching.

All students of spirit immortality must first attain simplicity. Teachings that are intricate, artful, and attractive only lead people astray. They do not lead to ‘return to the root’…

Some people in the world study immortality but are only deluded by it. Some study breathing but are only made sick by it.