• We open our selection with “Faith comes from the sea,” an article on the Wali Songo, the legendary Muslim Saints of Java. The author retells “stories that play out on the frontier between the boundless ocean of Islam’s truth and the land-bound, finite abode of human frailty.”

In Java this conventional sufi metaphor – the mystic swallowed up in the sea of non- being – is transformed into a practice known as “meditative drifting” (tapa ngèli). For pilgrims at the tomb of Sunan Kalijaga, tapa ngèli is part of the saint’s legacy. Tomb custodians recount that every night after the Isha’ prayer the saint would go to the riverbank and meditate. To ward off the beguiling but dangerous forgetfulness of sleep he would slip into the river and meditate for hours immersed to his neck in the cool current and drift away in meditation. 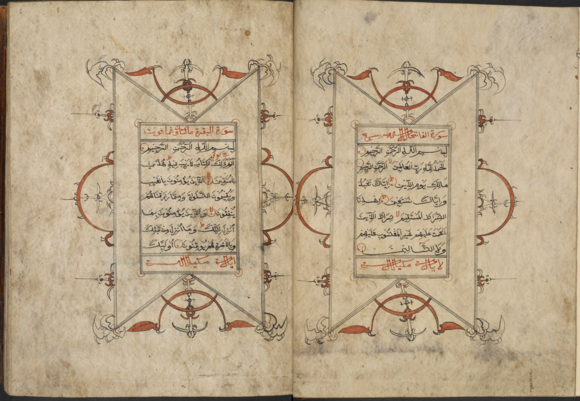 • In a review of the recently published Luminaries: Twenty Lives that Illuminate the Christian Way, by Rowan Williams, Harry Oldmeadow draws an insightful intellectual portrait of the author, adding substantial reflections on the facets of the Christian way.

For Williams religion is not an end in itself but a means, an indispensable guide on the journey to the deepest understanding of our condition and of the human vocation which, properly understood, cannot be divorced from our relationship with God. He never falls prey to sentimental religiosity and would no doubt endorse Martin Buber’s dictum that ‘It is far more comfortable to have to do with religion than with God.’

• Lastly, we have an article by Daniel Millet Gil, “The Buddhist Jhanas and Mystical Prayer and its Degrees,” part of a comparative effort based on original sources, mostly the Theravada Visuddhimagga and Saint Teresa of Avila’s Castillo interior.

It should be emphasized, as Teresa does insistently in her works, that mystical prayer, as extraordinary phenomenon, is not the only way to achieve the union of love and will with God. There is also the more “sure way” of what Teresa calls “true union” (union verdadera) that consists of the perfect cultivation of the virtues and faithful fulfillment of the will of God.