Welcome to our monthly newsletter.

• Our first library highlight this month is a video interview of the late Algonquin chief and sage Ojigkwanong, “Morning Star”, telling us about his own path to reconciliation through forgiveness.

…very early in the morning, it was still dusk. Through the window, I heard a bird singing outside. It made me cry. I had never experienced crying before. But it did something to me that touched my heart.

• We have two articles on the inspired sacred art described traditionally as “not created by hand” or “person-less” (Greek, acheiropoieta; Sanskrit apaurusheya). First, from the visual arts, an article by Aidan Hart on “Sacred Icons”.

Many visitors say that they “feel at home” in… churches filled with icons. And they are in fact at home, because all of us were created to live in Paradise. 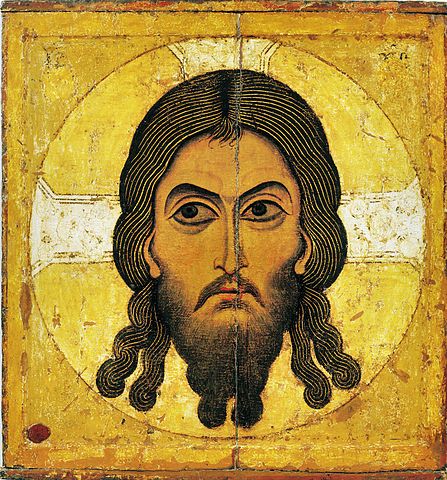 • And then a musical equivalent from Japan, and a new addition to our Sacred Audio Collection. Two recordings of one of the great themes of the Zen school dubbed “Shakuhachi Zen”, “the Zen of blowing the flute” (suizen), where wandering monks, who looked “neither like monks nor like laypeople”, have spoken of “attaining buddhahood through one sound” (ichion-jobutsu) and of “Buddhahood in a single note.”